Triathlon came to Australia in the early 1980s, after originating on the west coast of America.  The Australian Triathlon Association was formed in 1985 on the Gold Coast and by the late 1980s, the sport of triathlon was still new to the region and there were only a handful of races spread out between Noosa and the Gold Coast.

In the late 1980’s, a small but enthusiastic group of local triathletes got together and discussed the need to form a local triathlon club on the Sunshine Coast due to the suitability of the area.  The group approached TA, who gave their full support.

At 7:20pm on the 4 January 1990, the first official meeting of the Sunshine Coast Tri Club was held at the home of Jan Picton in Buddina.

The following Sunday, the second SCTC meeting was held at 6:00am at La Balsa Park.  It was agreed that this would be the perfect area to conduct training, and the tradition of meeting every Sunday (later it was moved to Friday) for an early morning swim across Mooloolaba was born.  The first official SCTC event was a Time Trial, which was held on the 18 February.  The first triathlon was held on the 22 April 1990.

The Sunshine Coast Tri Club became a registered not-for-profit Incorporation in September 1990.  The purpose of the club was to foster and develop the growth of the sport of triathlon on the Sunshine Coast, to create a forum to discussed on training methods, to promote the widest possible participation in all levels of ability, to promote public and media interest in the sport, to organize training sessions for club members, to foster interclub competition.  Membership fee was $20.

Despite no sponsorship, no equipment and very little money, the club grew quickly with enthusiastic and committed members.  The club committee wrote the race rules and sought funding for sports equipment from the local council.  The SCTC met once a week for training, and once a fortnight for formal committee meetings. By May 1991, regular short and long course triathlons were being held at several locations, including Cotton Tree, Fishermans Road, Chancellor Park and Twin Waters.

In 1994, over 60 athletes participated in the SCTC short and long course triathlon at Maroochy Waters, and the SCTC hosted the Volvo Women’s Triathlon in infamously atrocious conditions at Twin Waters.  In 1994, Greg Jordan won first place at the World Duathlon Championships and the Fast and Furious Duathlon, as well as coming third in the Pomona King of the Mountain.

By 1995, the club had 58 members and hosted the largest Junior Triathletes Clinic in Australia.  Core committee members included Marcus Hanley, Toby Coote, Neil Andersen, Eric Little, Dianna Caie, Malcolm and Julie Coote, Mark Holstein, Susie Williams, Mick Jones, and many others. There was a new club president almost every year, however, Jan Picton maintained the position of either secretary or treasurer.  On the 31 July 1995, Jan became the first ‘Life Member’ of the SCTC.

The club continued to produce world class winners among Triathlon Australia events.  In 1996, Marcus ‘Bloody Marcus’ Hanley won the most points for the club and was named Club Champion.  The most outstanding achievement was hosting the largest junior Clinic in Australia thanks to the incredible work done by Mark Holstein and the committee.  In 1997, Malcolm Andrews won his age group at the Noosa Triathlon. During the 1998 season, some notable winners were Toby Coote, who was first in the Pros, and podium places to Sarah Robins, Lorraine Williams, Malcolm Andrew.  It was also at this time that the first discussions began about what it takes to bring Ironman to the Sunshine Coast.

Throughout the 2000/2001 season, in addition to regional success, the Club was successful across Australia and internationally.  Three of our youngest members represented the State of Queensland at the National Secondary Schools Championships in Perth, 7 members qualified to compete at the Ultimae Ironman in Hawaii, and 3 members were selected to represent Australia at the World Championships in Canada.

At the end of the 2001 season, founding Club member Jan Picton, won the Australian Championships in Mooloolaba for her 60-65 age group.  Twenty years after starting the SCTC, Jan was presented with a special award for her service to triathlon and retired from competition as the National Champion.

A significant moment in the Club’s history was in 2002, when the club faced legal action over an incident that occurred during a club race.  This incident changed the Club format and it was no longer possible for athletes to just turn up on race day.  As a result, new safety procedures were implemented.  They were one of the first clubs in Australia to introduce safety measures that are now standard in all events across Australia.

In 2003, club member, Brian Barr was nominated for Australian Veteran Athlete of the year. At its peak, the club had over 100 fully paid members and was responsible for hosting the State Aquathlon Championships, held in Mooloolaba.  A strong group of junior triathletes grew up in the club, the youngest, Kirby Woods, being just 6 years old.

The club hosted six regular interclub duathlons at Kawana throughout the 2003/2004 season.  In addition to races, regular courses on bike maintenance and social events were also held.

By 2004, the Sunshine Coast Tri Club was located semi-permanently at the Mudjimba North Shore Sports Facilities and the website was established.  But by 2005, new triathlon clubs were being formed in the region, mostly from past members of the SCTC.  As a result, club members declined dramatically, and the club closed for several years.

The Club remerged in 2008, and quickly re-established itself as a championship club, claiming the Triathlon Queensland Club Champions for three years in a row.  In 2010, over 30 SCTC members raced at the Yeppoon Half Ironman and SCTC’s Carrie Lester crossing the line as 1st female.

In 2012, the SCTC was established with a new committee and new direction.  Club President Matt Dillon, and club member Darron Shields created the Paratriathlon Hub as part of the Sunshine Coast Triathlon Club with a clear vision to create a triathlon community that is inclusive of all athletes.  In 2013, Darron became the first paratriathlete to complete the Sunshine Coast Half Ironman.

In 2013, the Sunshine Coast Tri Club suffered a great personal tragedy when founding club President, Brian Barr, passed away after a short battle with cancer.

In 2020, the Club was relaunched with a new team and a renewed energy.  Club President, Kim Edwards, and the whole team, have years of experience, and have created a club culture that is welcoming, friendly, supportive and inclusive of all athletes.

From its early days as the first triathlon club in Queensland, to dominating the sport for over 30 years, nurturing world champions, and birthing a number of other clubs, and coaching businesses, the Sunshine Coast Tri Club has a long and inspiring history.  In an interview with Jan Picton in 2000, Jan stated that ‘the future of any sport is in its juniors with the support of the senior members’. The SCTC has, and always be, an inclusive and community based not-for-profit club.  The goal and purpose of the club has never changed.  Our vision is to promote the sport of triathlon, to inspire others and to be a community where all athletes of all abilities are welcome. 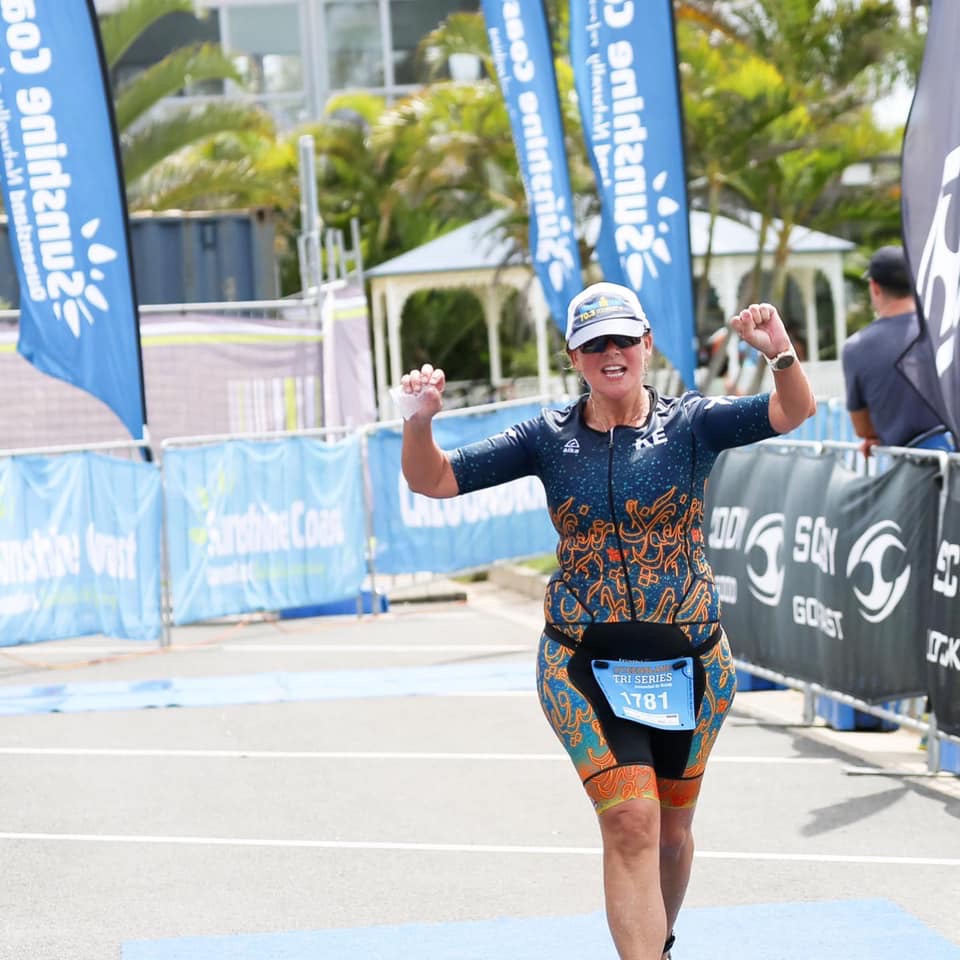 First triathlon was in Saudi Arabia in 2017. Represented Australia at the World Championships in Spain in 2019.

First triathlon 1997 in the UK.  First paratriathlete to complete Sunshine Coast Ironman 70.3 in 2013.